Author by yusrinPosted on October 28, 2016
Spread the love

As part of Nissan’s strategic investment, MMC will become a full member of the 17-year strong global alliance between Nissan and Renault – paving the way for synergies to enhance profit margins and earnings per share.

Nissan Chairman and Chief Executive Officer Carlos Ghosn has been nominated to become chairman of the Board. Ghosn will be joined by three other Nissan nominated directors, including Mitsuhiko Yamashita, Nissan’s former executive vice president of research and development, who joined MMC earlier this year as head of development. The other nominees are Hitoshi Kawaguchi, Nissan chief sustainability officer and head of global external affairs, and Hiroshi Karube, Nissan global controller and global asset manager.

“I welcome Nissan’s willingness to provide strategic, operational and management support as our new lead shareholder,” said Masuko. “As part of our Board and management team, Nissan will help us to rebuild customer trust in our company and maximize potential future synergies through our deeper alliance.”

MMC will appoint a new role of director for global risk control to report directly to the chief executive officer, who will oversee compliance and risk control. This director will regularly report to the board on moves to enhance governance at MMC.

Nissan and MMC will begin cooperating on a wide-ranging synergy program, building on a five-year alliance in minicars between the two companies.

The two companies have identified a number of valuable synergies in areas including:

* Joint purchasing cost-reduction
* Deeper localization in operations around the world
* Joint plant utilization
* Common vehicle platforms
* Technology sharing
* Cooperation in emerging and developed markets; and
* The use of the Nissan Sales Finance Company to serve MMC customers in any market where mutually beneficial.

Ghosn said: “The expanded Alliance will be one of the largest automotive groups in the world, with annual sales of 10 million units in fiscal year 2016. The addition of Mitsubishi Motors will build on the entrepreneurial spirit and management cooperation that has characterized our alliance with Renault for 17 years. I am confident this will benefit all stakeholders.”

MMC is a Japanese automobile company which has a competitive edge in light trucks (pick-up trucks and SUVs) and in the ASEAN region. The company launched the first mass-produced electric vehicle in 2009, which was followed with a plug-in hybrid EV-based crossover in 2013.

MMC, which has 30,000 employees, has a global footprint and has production facilities in Japan, Thailand, China, The Philippines and Russia.

Models such as the Pajero Sport, Triton and Outlander play a major role in achieving its growth. Global sales volume in fiscal year 2015 was 1,048,000 units. MMC’s net sales and net income for fiscal year 2015 were 2,267.8 billion yen and 89.1 billion yen respectively. MMC is listed on the Tokyo Stock Exchange. 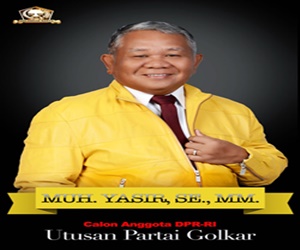